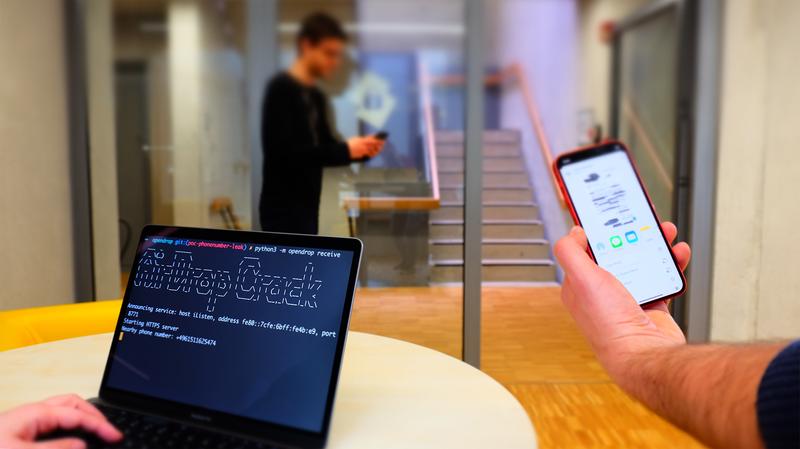 Pictures, presentations, or videos – for users of iPhones and macBooks it is extremely comfortable to share files via AirDrop,a service that enables the direct transfer of data between Apple devices. As sensitive data is typically exclusively shared with people who users already know, AirDrop only shows receiver devices from address book contacts by default. To determine whether the other party is a contact, AirDrop uses a mutual authentication mechanism that compares a user’s phone number and email address with entries in the other user’s address book.

A team of researchers from the Secure Mobile Networking Lab (SEEMOO) and the Cryptography and Privacy Engineering Group (ENCRYPTO) at TU Darmstadt took a closer look at this mechanism and discovered a severe privacy leak.

Attackers can easily eavesdrop contact identifiers of Apple users. As an attacker, it is possible to learn the phone numbers and email addresses of AirDrop users – even as a complete stranger. All they require is a Wi-Fi-capable device and physical proximity to a target that initiates the discovery process by opening the sharing pane on an iOS or macOS device.

The discovered problems are rooted in Apple’s use of hash functions for “obfuscating” the exchanged phone numbers and email addresses during the discovery process. However, researchers from TU Darmstadt already showed that hashing fails to provide privacy-preserving contact discovery as so-called hash values can be quickly reversed using simple techniques such as brute-force attacks.

The research team also developed a solution named “PrivateDrop” to replace the flawed original AirDrop design. PrivateDrop is based on optimized cryptographic private set intersection protocols that can securely perform the contact discovery process between two users without exchanging vulnerable hash values. The researchers’ iOS/macOS implementation of PrivateDrop shows that it is efficient enough to preserve AirDrop’s exemplary user experience with an authentication delay well below one second.

The researchers described their results in a scientific paper that will be presented in August at the renowned USENIX Security Symposium.

This text was first published at emergenCITY.de. 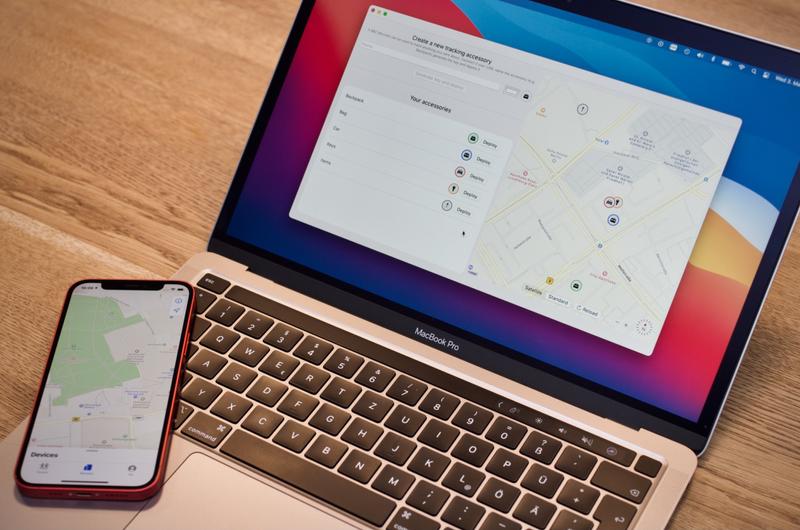 Who can “Find My” devices?

It is supposed to make it easier to find Apple devices - but normally not...